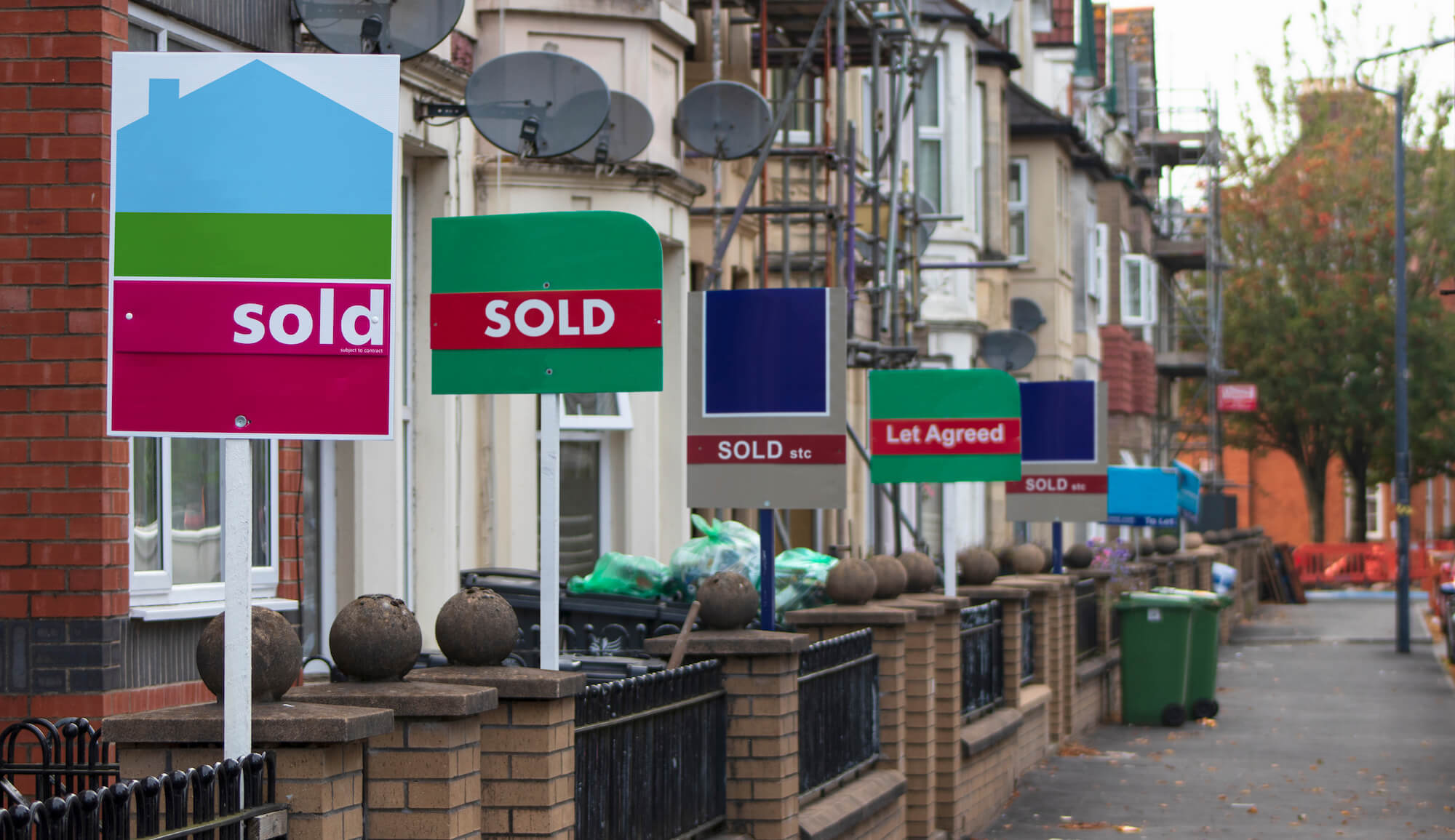 The stunning statistics, considering the current circumstances surrounding the coronavirus pandemic, has prompted Rightmove forecasters to predict a 7% rise in property values for 2020. They had previously put the figure at 2%.

A number of property records ‘smashed’

But it’s not just property prices that are ‘up’ – the number of properties sold per estate agent is also impressive. To the extent that last month 70% more houses sold than in September 2019.

And property is selling faster too. The average house or apartment is now taking just 50 days to swap hands – compared to 62 days.

It doesn’t look as if the situation is going to quieten down any time soon either, despite the run-up to the winter months. The number of active buyers compared to last year is down only 1% to 66% from its peak in July of 67%.

Even Rightmove are declaring records of their own for the portal – with a huge surge in traffic. They say the number of online visitors to their site was 50% higher than September last year. That’s the highest annual jump since way back in 2006.

But, Property Data Director of Rightmove Tim Bannister warned house sellers not to get too carried away with their asking price. That’s because the sheer volume of house sales has created a backlog and that may mean many transactions not going through before the end of the Stamp Duty Holiday deadline. As a result, some sales may fall through as buyers, losing thousands of pounds, may refuse to pay the higher property prices being asked.

The number of buyers potentially trapped in this property bottleneck could be as high as 200,000 according to online property consultancy TwentyCi.

Bannister added: “Whilst activity levels continue to amaze there are some signs of momentum easing off from these unprecedented levels.”

Most sales have taken place in what Rightmove refers to as ‘top of the ladder’ properties. These are homes worth more than £500,000 with a minimum three to four bedrooms and where buyers will benefit from up to £15,000 in Stamp Duty savings.

Upmarket estate agency Savills say sales for around 868 properties worth £1 million upwards, have gone through on a weekly basis since June 1. These are mostly for rural areas, with the Cotswolds recording a 94% increase in sales since June this year.

London though is losing out on interest from foreign buyers. Interest in the city centre and other expensive areas has fallen since travel restrictions were introduced during the summer months. And yet, the capital has sold 4% more upmarket properties than at this point the previous year.