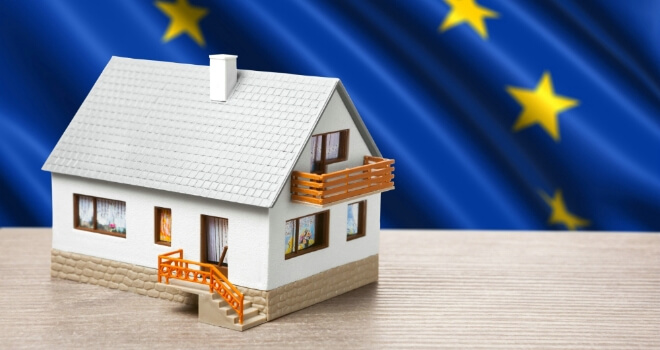 Will there – won’t there – be a deal? The guess as to which side the Brexit barometer line is far more likely to fall on changes pretty much daily.

But one thing is for sure – regardless of what kind of Brexit we have, Britain’s exit from the European Union on December 31 this year will have some kind of effect on house prices.

Just how much of an effect, and whether it’s anything to get concerned about, remains to be seen. After all, the property market managed to survive that spontaneous seven weeks shutdown earlier this year. Albeit, it was helped by a surge in house prices following pent-up buyer demand and the Stamp Duty Holiday. And, the latter, as we have all been told repeatedly, is due to end abruptly on March 31 next year (despite protests to the contrary).

Meanwhile, house prices are at a record high – Nationwide reported a rise of 6.5% for November while Halifax said the average UK house price is now a record £253,243. And that’s not all; mortgage approvals are at a 13-month high.

But, getting back to Brexit… a few property experts have their own opinions on how much an effect a Deal or No Deal Brexit will have. And it’s interesting to see those predictions don’t really differ too much.

More about transactions than prices

“If a Brexit deal or a Brexit No Deal leads to a rise in unemployment or more importantly a rise in the fear of unemployment, we would expect housing transactions to fall and remain at a lower level until the Brexit dust has settled,” he says.

“It is unlikely in our view that house price will fall significantly as a result of Brexit.”

Only London and the South East affected by No Deal Brexit

Nicholas Morrey from independent mortgage broker John Charcol reckons there will be a strong negative effect on house prices. But, this would be localised – to London and the South East. These southern regions, he adds, are ‘very sensitive’ to the results of Brexit whereas ‘the northern regions were in favour of Brexit from the off.’

He added: “I suspect the property market won’t be impacted anywhere near as much by a No Deal Brexit than people think. Certainly not in the short term. Potentially in the longer term.

“It’s just been dwarfed by the other factors going on at the moment. But to get a trade deal will increase confidence and hopefully make the property market more resilient.”

He believes a No Deal Brexit won’t affect the overseas property market too much since there isn’t a large number of overseas buyers clamouring to buy property in the UK anyhow. The Stamp Duty Holiday coming to end, he says, is more likely to have a bigger impact on house prices.

His sentiments regards the ending of the Stamp Duty holiday is echoed by HomeOwners Alliance Founder Paula Higgins. But she believes Brexit won’t necessarily put overseas buyers off, especially since a No Deal Brexit will weaken the pound, making UK property more attractive.

“History has shown that a No Deal Brexit may not have as much impact as we think it could,” she added, tellingly.

The “Queen of SA” shows you the way Part 3: Branding and management

Stamp Duty ‘Bonanza’ Reducing Amidst Calls to Scrap it Completely