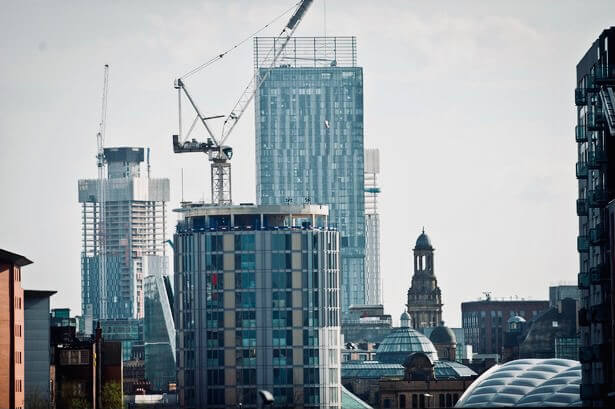 A record amount of money – more than £4.1bn – was poured into the UK’s Build to Rent sector last year.

A report by property advisory CBRE reveals the amount is £500m higher than the previous record, which was set back in 2020. Analysts say around £2bn worth of deals are already in progress for 2022, with a further £2.5bn currently being marketed for investors, ensuring this will also be a bumper year.

Last year Lloyds Bank and home retailer John Lewis publicly announced they were entering the corporate landlord market. In fact, Lloyds has made no secret of the fact it intends to build up a portfolio of 50,000 rental homes by the end of the decade. Now Legal & General are also voicing support and likely to be the next big UK financial institution keen on getting a share of the sector.

The Build to Rent sector is already extremely popular with large-scale investors in both Europe and the US. A chronic housing shortage in the UK makes it look likely to expand here too. Goldman Sachs in America is already looking into the UK Build to Rent markets, as is an Australian investment bank and other European property investors.

Built to Rent sector has “plenty of room to grow”

Jason Hardman, an executive director at CBRE blames “a chronic shortage of good quality housing in the UK” for the boom in Build to Rent.

Richard Valentine-Selsey, research analyst at property company Savills, said a lot of new entrants were attracted to the sector last year. He added that it still had plenty of room to grow.

Meanwhile, what of individual sellers? A report by Hamptons said the average seller in England and Wales made themselves a tidy £95,360 last year. That’s if they had first purchased their home within the past two decades.

The biggest winners were owners of detached properties, whose profit margins were around £151,840. Owners of flats were less successful, with an average profit of £54,690 in 2021. In fact, one in five sellers of flats actually made a loss on their property. This compared to one in four owners of detached houses.

But then, in the race for space last year city centre flats became the least sought-after property type. Large detached homes – especially in greener areas and in coastal resorts were prized above all other forms of real estate.

Aneisha Beveridge, head of research at Hamptons, said: “Soaring house price growth over the last 18 months has driven up the amount of money homeowners have made… House price gains are primarily driven by two factors – the length of time people have owned their home, and the point at which they bought in the housing cycle.”