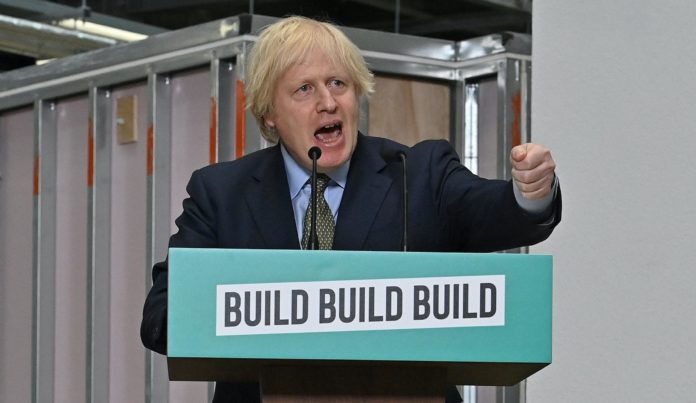 Developers will be able to change more High Street offices, large retail units and other town centre commercial premises into apartments with less hassle in future.

That’s because, in many instances, a planning application won’t be needed, Boris Johnson assured today.

In his ‘build, build, build’ speech the Prime Minister also insisted developers will no longer need the green light from Planners to demolish and rebuild vacant and disused property. This is provided the end result is residential housing.

And there was also good planning news for property owners intent on building second and third floor extensions: their  application will be fast-tracked.

Easing of planning rules to help with housing crisis

The effective ‘tearing up’ of many existing government and local authority Planning rules is in a bid to boost the economy post-coronavirus and, at the same time, house more people. All the new Planning regulations are due to come into force in September.

Boost to infrastructure and ‘connectivity’

Johnson also pledged £5bn for a series of infrastructure projects and create jobs. He said this meant more schools, hospitals, roads and railways.

Self-billing his planning reforms the “most radical ” since the Second World War, he insisted they will help both UK companies and the government to build “faster, greener and better.”

He added: “I fully accept that there are going to be economic aftershocks, but there are also big opportunities now to take this country forward, to make investments, to make big changes.”

Critics are speculating that the money for the infrastructure projects will be funded via an increase in tax.

Meanwhile Chancellor Rishi Sunak will give more detail on the first phase of the UK economy recovery plans next week.