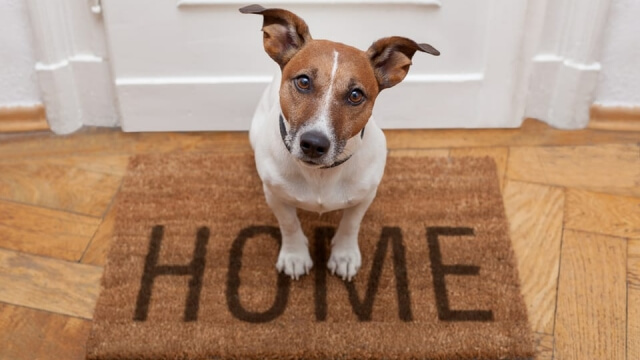 From today landlords will no longer be able to refuse a tenant with a pet from renting their property – unless they have a very good reason.

Changes to the government’s new Model Tenancy Agreement puts an end to blanket bans on cats, dogs, rabbits, guinea pigs and other animals. Most landlords automatically exclude pets when letting out their house or flat on the grounds the animal may cause damage or annoy neighbours. Now they will no longer be able to do this.

That’s because from today, the right for a tenant to live with a pet will be the default position. A landlord who insists he or she doesn’t want their tenant’s pet in their property will have 28 days to write to their tenant and outline why they feel this way.

But that reason has to be a good one, such as the property being too small to house a large dog or the sheer impracticality of having a pet. A continually barking dog annoying neighbours may also qualify as a justifiable reason.

Only 7% of tenancies ‘pet-friendly’

At present, figures show more than 50% of householders have a pet and yet only 7% of private landlords advertise their property as ‘pet-friendly.’

The move was introduced by Housing minister, Rt Hon Christopher Pincher who noted that over the past year in particular pets have brought comfort to many householders.

“But it can’t be right that only a tiny fraction of landlords advertise pet friendly properties and, in some cases, people have had to give up their beloved pets in order to find somewhere to live,” he said.

He went on to add: “This strikes the right balance between helping more people find a home that’s right for them and their pet while ensuring landlords’ properties are safeguarded against inappropriate or badly-behaved pets.”

Pincher pointed out the ruling is for “responsible” owners with “well-behaved” pets. Landlords will still be able to claim compensation through the tenancy deposit for damage caused by pets, such as chewed skirting boards and torn curtains etc.

Landlord and estate agent representatives, such as Mark Hayward, chief policy adviser at Propertymark, admitted having a pet in a property would probably encourage a tenant to stay there longer.

But he questioned whether pets being the default position in a Tenancy Agreement was a good idea considering the government’s current cap on a tenant’s deposit.

“…even the best-behaved pets will have an impact on a property,” he said.

He also objected to the blanket ban saying the issue was far more complex and that it should really be determined on an individual basis. Concerned landlords, he said, should approach their letting agent for advice.

At present the changes to the right for tenants to own a pet when renting apply only to tenancies in England. However, they may also be rolled out in Scotland, Wales and Northern Ireland in due course if the move proves successful.

3 steps to creating a Brand Proposition

Knowing the law as a HMO landlord