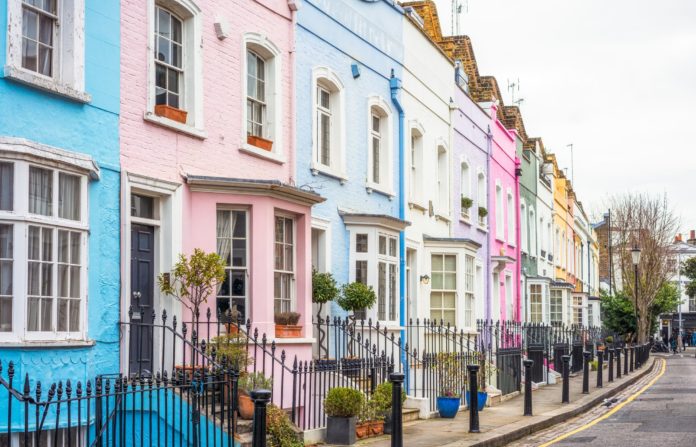 Gross mortgage lending is predicted to fall by £35bn next year as the property market begins to stabilise, according to analysts.

But it will begin to pick up again in two years so there is no fear of price falls. That’s according to the most recent forecast from UK Finance (the industry body for banking and finance).

Figures show that the buy to let market was a big driver of the rise in value of the residential mortgage market. Landlord purchases totalled £18bn in 2021. That’s an increase of 83% on the previous year.

Over the next couple of years, the value of remortgaging is expected to climb. That particular area of the mortgage market was valued at £62bn last year. But it is expected to increase to £69bn in 2022 and then jump to £93bn the following year.

“Many people taking out cheap fixes in the past year will find those maturing and will be looking for another deal, at a time when interest rates could well be higher than they are now,” said Mark Harris, chief executive of broker SPF Private Clients.

Meanwhile, another area of the mortgage market which is set to see increased activity is with first time buyers. That’s mainly thanks to the Bank of England recently announcing that it plans to loosen the current lending rules where currently it’s only possible to borrow an amount three percentage points above an affordable level. Instead borrowers will be allowed to go up to 4.5 times their current income.

This doesn’t just mean that around 1% of people who currently rent will soon be able to afford to buy under the new rules, but also that people will be able to borrow more, securing themselves a bigger property.

The new rules, are expected to come in to place in the first six months of 2022.

Bank of England governor Andrew Bailey said: “We don’t regard it as a relaxation of the rules, rather as an efficiency point, because having now got a body of evidence running back seven years or so now, we were able to take a much more substantial judgment on the effectiveness of the tests.

Those on variable mortgage rates were hit this week with the announcement by the Bank of England that their Monetary Policy Committee voted 8-1 in favour of higher interest rates. For the first time in three years they rose – to 0.25% (from 0.1%). That works out at a typical £8 monthly rise per £100,000 of mortgage.

However, lenders can increase their mortgage rates by more than 0.15% so the rise may be higher, depending on which provider house owners are with.

More interest rate rises are expected in the near future, although these will be introduced gradually.