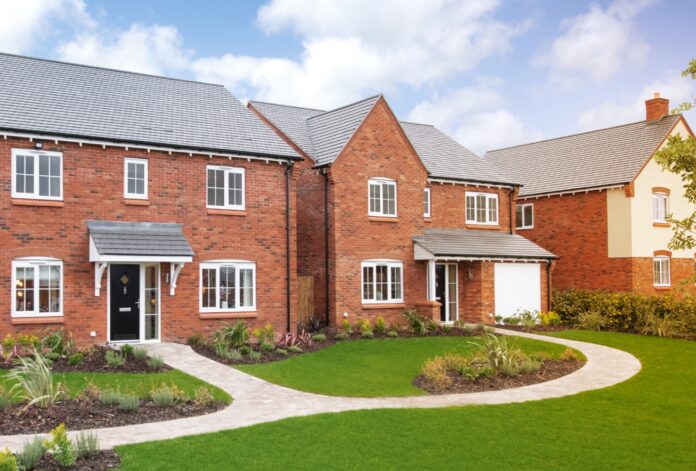 New Build properties are proving more popular than existing homes because they are less expensive to run when it comes to energy costs, according to a survey.

The Frank Knight research shows applications to house developers for off-plan properties were 50 per cent higher between January to March this year, than in the last five years on average.

Around 84 per cent of New Builds boast ‘B’ energy rating

Data from property portal Zoopla shows that the utility bill for a New Build home is roughly 52 per cent less than that for a traditional property. Around 84 per cent of New Builds boasted an Energy Performance rating of B or higher last year. Only three per cent of older properties could claim the same energy efficient rating.

The Government is insisting homes have an energy efficiency rating of at least C by 2035 in an effort to help it reach its net zero target. Homes that don’t make the rating will be forced to adopt measures such as improving insulation and installing double glazing.

Zoopla director Alex Ward said he expected interest for New Builds and off plan property to rise significantly in the coming months.

Anna Ward, of Knight Frank, agreed. She said: “Energy efficiency is one driver of demand for new builds, especially in light of rising energy costs. There are also tighter regulations coming in that will eventually make older homes a lot more expensive to run.”

Cost of New Build’s rise by 25 per cent

Land Registry data shows the cost of a new-build homes had increased by 25.4 per cent over the past year, with the average price at £367,219 in November. Older (existing) homes meanwhile had risen by just 8.6 per cent to an average of £264, 684.

But then, the costs associated with construction and development have increased dramatically, thanks to short supply caused by Covid and Brexit. The invasion of Ukraine is also having an effect.

One Hampton’s analyst blamed the pandemic changing buyer preferences, where larger homes have become more popular than apartments. Developers, he said, have responded by building more semi-detached and detached houses.

He continued: “As more bigger houses are sold, so overall average prices have been pushed up.  At the same time, a lack of second-hand stock has meant that buyers have turned to new build and as a result more family homes have been sold off-plan.”

Meanwhile, many buyers of New Build’s like the sustainable construction aspect of their new home. Another plus is the banning of excessive ground rents for all new leasehold properties. Under the government’s Leasehold Reform (Ground Rent) Act, all new leases of residential property will be practically nothing – or rather a ‘peppercorn’ rent. The law will come into force on June 30, this year. Although it won’t apply to retirement properties until April 1, next year.

The ‘zero’ ground rent rule also applies to the extension to an existing lease for an older property. The measure is in line with the government’s ‘levelling up’ agenda in the sense that it plans to make leasehold ownership “fairer and more affordable” for everyone concerned.

Market Pulse Round Up March/April 2022