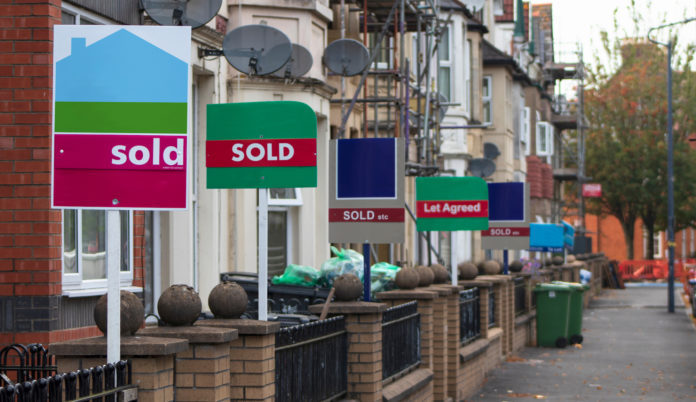 Sales of properties worth more than £500,000 are selling twice as well as they did last year.

Research by Frank Knight, based on property portal Rightmove’s figures showed sales of more expensive properties were twice the volume in July and August 2020 than for the same period in 2019. And they were particularly buoyant in the second week in August where they were 61% higher than in the previous year.

And more surprising still is the fact that none of these properties are eligible for Chancellor Rishi Sunak’s Stamp Duty holiday. Introduced last month and set to last until March 31 the rushed-through legislation means there is no Stamp Duty on property valued at up to £500m in England and Northern Ireland. A similar scheme applies in Scotland and Wales where there is no land tax on properties worth up to £250,000 – half the rate of England and Northern Ireland.

Further research by the upmarket estate agency showed that sales of properties valued between £750,000 and £1m was 119% greater than the second week in August 2019. And, the number of Stamp Duty-qualifying properties which sold (ie up to £500,000) was 53% higher than the previous year

The big increase in sales of luxury properties comes at the same time as the UK government declared last week that the country was officially in recession. But analysts say the best-selling properties were those in the highest brackets of the market – a sector which wasn’t affected during the 2008 recession either.

August best month for property sales in a decade

Meanwhile, Frank Knight wasn’t the only company to declare a huge increase in property transactions compared to 2019. According to a Rightmove report, August 2020 was the best month for sales in more than a decade, with the total online value of those sales hitting more than £37 billion on their portal – an increase of 60% year-on-year. The number of properties coming to market was also far higher at 44% more than in 2019.

Rightmove’s figures continue to show the ‘city exodus’ is in full swing, with homeowners still intent on moving to smaller villages and the countryside in lieu of future coronavirus lockdowns. This resulted in 69% more London properties coming to market in July and August than in the same months in 2019.

Rightmove spokesman Miles Shipman also pointed out that properties in the commuter belt were no longer considered ‘premium’, thanks to more people planning on working from home in future. This is also evident in the rocketing prices of property in the seaside idylls of Devon and Cornwall.

Figures from a survey by the Nationwide Building Society earlier this month show that house prices overall – regardless of geographical location or sector – were 1.7% higher in July this year than the previous one. This is despite a UK economic slump of 20.4 per cent during April, May and June.

Whether both the high number of sales and increased house prices continue for much longer remains to be seen – especially in light of the government’s furlough scheme ending in October.