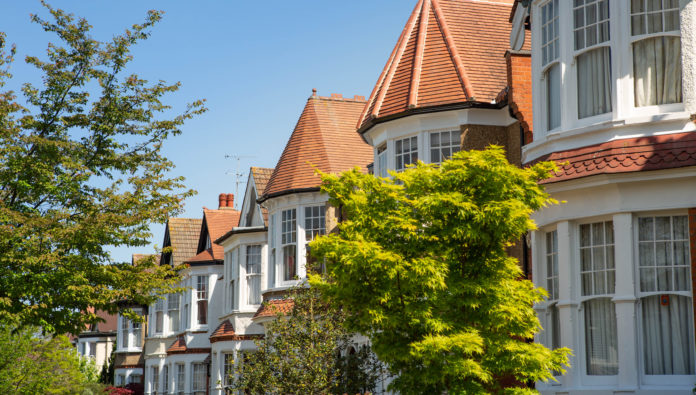 Inflation may be on the rise and families facing huge utility bill increases – but the property market continues to flourish.

Just as it soared during the pandemic, outside influences just don’t appear to have much effect on it this year either. Certainly, that’s the indications from the latest Rightmove report which recorded the fifth highest ever valuation requests in one day on Jan 4. The number was nearly twice (44 per cent) the amount at the same time last year.

The portal recorded the average asking price of a house in the UK at £341,000. That’s the biggest annual rise for more than six years. And it looks as if competition is about to get even stiffer with figures showing a growing lack of available stock. That’s because your typical estate agent has a mere 12 properties on their books right now. In December (a typically slow time for the property market) the average number was 14.

Properties in three regions of the UK – the East Midlands, South West and South East of England – are particularly low. This is one of the main factors causes property prices to rise.

Rightmove property data director Tim Bannister said: “All of the signs suggest that prices are likely to continue to rise until more choice is available.”

This is despite some housing developers, such as Persimmon, reporting a ‘bumper year.’ The UK’s largest house builder, the group reported house sales of 14,551 New Build’s last year – 1000 more than in 2020. They attributed the increase, which saw their profits rise by 8.4 per cent to £3.61bn, to buyers making use of the Stamp Duty holiday, along with low mortgage interest rates.

Figures from the government’s Office of National Statistics (ONS) show the price of a typical New Build in the UK was £384,560 in September (the most up-to-date data collected). That was an increase of 21.8 per cent in the same month the previous year. It was also a rise of 3.4 per cent on the previous month of August 2021.

Value of detached properties rose around 14 per cent

The ONS data – which is based on actual properties sold – showed that the biggest rise in asking prices year-on-year in England and Wales was for detached properties. These increased by 13.8 per cent to £456,259 on average. The data was calculated up to November 2021.

Of course, that fits in perfectly with the ‘race for space’ prompted by the pandemic lock-ins last year. Next biggest increase was for semi-detached homes. That was an 11.4 per cent rise, bringing the cost of the typical home to £275,589. Terraced homes were up by 7.6 per cent year-on-year to £231,266 while even flats saw a price increase (albeit the lowest) of 5.1 per cent, bringing the average price to £242,291.

Property increased most in South West

The South West saw the biggest property price increases with a jump of 2.5 per cent, according to ONS data. The North West wasn’t far behind with a rise of 2.3 per cent. Third highest was the East of England at 2.5 per cent. The lowest rise – of 0.2 per cent – was in London.

How to negotiate your way to results

Could Buy to Let Landlords Lose Out?

Will rising interest rates result in more buy to let landlords selling up? That’s the prediction of some property analysts with further Bank of...

The rise in the bank of England interest rate has put what appears to many property analysts as ‘the final nail in the coffin’...

New Build properties are proving more popular than existing homes because they are less expensive to run when it comes to energy costs, according...

Around 8.7 million flats and houses in the UK are private rentals. That’s equivalent to around one third of all homes in the four...

Whether we like to admit it, we all have unconscious biases. But could these misconceptions be stopping women from entering construction? We thought we'd break...

From Midwife to Property Investor

Welcome to the ‘Theatre of the Absurd’

Could Buy to Let Landlords Lose Out?