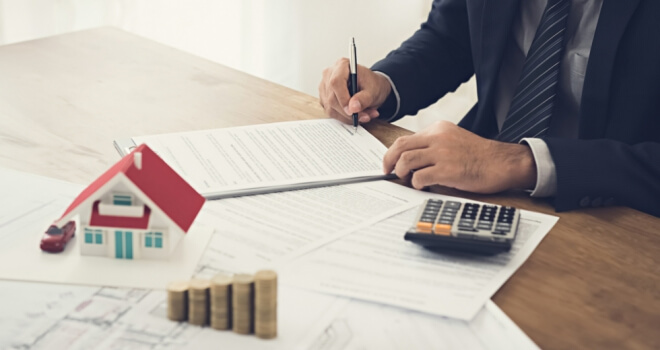 Buy to let companies were the second most popular type of firm in 2000. Only online retail companies beat them to the top spot.

The rise of buy to let housing companies shouldn’t really come as any surprise to those in the property business though. Analysts always predicted self-employed portfolio landlords would set themselves up as a company in order to avoid the sweeping tax cuts facing landlords – and which came to a head last year.

As a result, the number of buy to let landlords forming companies had increased by 4.1% in December last year. That meant a huge 41,700 new companies were formed in 2020 – 23% more than in 2019 – and bringing the total number of landlord property companies to more than quarter of a million, at 228,743.

Introduced by George Osborne back in 2015 his tax reforms scrapped landlord tax relief on mortgage interest payments and forced many UK landlords with one or two properties to sell up. But others, who had a handful of buy to let investments, traded their self-employed tax status to that of a company instead. That way they pay corporate tax, which is 19% on rental income – and set to drop to 18%. A higher or additional tax rate landlord paying self-employed income tax would be due to pay tax of 40% to 45%.

Instead of being able to claim up to 40% or 45% mortgage tax relief deduction as pre-2016, the only concession higher and additional rate landlords have is a 20 per cent tax credit on mortgage finance costs.

The landlord tax relief cuts started in 2016 with a 25% reduction every year until 2020 when they were phased out completely. As a result, there were more buy to let companies formed between 2016 to 2020 than there were in the previous half a century – an increase of 128% to be exact, according to Hamptons International who researched the sector.

At the time, the then Chancellor was warned his cuts to landlord mortgage relief would severely reduce the number of private rented properties available. Four years later this is certainly the case.

Landlord mortgage interest relief wasn’t the only buy to let tax measures introduced by George Osborne at the time. He also brought in new Stamp Duty measures where investors (and those buying a second home) had to pay an additional 3% surcharge on top of normal stamp duty rates. Both self-employed landlords and company landlords have to pay this additional tax when adding to their property portfolios today.

The automatic 10% tax relief discount for replacing furniture due to wear and tear was also abolished. Today landlords can charge for replacement furniture – but only if it costs around the same as the original item.

CGT is the tax paid on any profit you make above £12,000 when you sell a property. It’s 18% for a basic rate tax payer and 27% for those who pay a higher rate. From April 2021 this will have to be paid 30 days after the sale (rather than by the end of the tax year, as previously).

Cuts have already been made here to accidental landlord allowances. Previously they only had to pay CGT on profits above £40,000 if they had rented out their main home. Now, they only get the relief if they actually still live there too.